I wrote about the manager pass-through back in March. It's an important fact of life in every organization, so I'm writing about it again today. Here's the trick: Imagine you could film every manager in your organization trying to defend a strategy, action, change, etc. taken by the company to their team. Would they own it or point to a higher power as the reason for the strategy, action or change, effectively separating themselves from responsibility for the decision/action?
Manager Pass-Through

1. What managers of people do when they don't want to own tough or difficult news with employees.
2. Alive and well in every organization I've ever been a part of, and it's alive and well in your company.
3. Rather than owning bad news or a difficult conversation with an employee, managers look for an easier out. They/you explain deflective reasons why the action is necessary. They/you often end up using terms like "them" and "we" to describe what's going on and why.

"Them" and "we" (and words that mean the same thing) are at the core of the manager pass-through. Rather than explaining to your team member why a particular course of action is necessary for the business, you end up rationalizing - you say that you've been told to do something, and the conversation you're having is the next logical step.


It's not you who's asking for more or something uncomfortable from the employee, it's them. Who is them? Usually it's a tribe known as "management" or "leadership". Could also be the customer.
Whoever "them" is, what you're doing when you use the manager pass-though is making it clear that it's not "you".
And it's lame. Before I step off my high horse, allow me to confess - I'm guilty as well. But the first step in recovery is acknowledging you have a problem.
The next time you're delivering bad news or asking for something you know is going to make a direct report uncomfortable, listen closely. You may not say "them" or "us", but you're probably in the neighborhood. As a manager of people, sometimes you get paid to be in a lonely spot. Own tough news or requests as your own, even if you didn't start the fire.


Good luck with the next conversation. I hope the first day of the rest of your life as a manager goes really well. 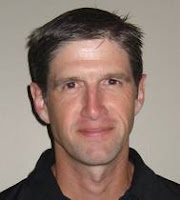 Kris Dunn is the Chief Human Resources Officer for Kinetix, a recruitment process outsourcing firm. Prior to joining the team at Kinetix in 2010, he was a VP of People for DAXKO, a VP of HR for SourceMedical, a Regional VP of HR for Charter Communications, a HR Manager for BellSouth Mobility (subsequently known as Cingular and AT&T based on which round of consolidation you are referring to), and a Project Manager in the market research division of Aragon Consulting (gobbled up by IBM Global Services). As an HR Pro, Kris is most interested in the intersection of the HR practice, technology and business results in today’s organizations. Kris is also known to many as the HR Capitalist, namesake for the blog The HR Capitalist that he started in 2006 with the goal of building a community he could learn from. He later started Fistful of Talent in 2008. You can follow Kris on twitter @kris_dunn.
Posted by Wdywft at 12:29 PM